Why The Parcel Tax Is Important

The Harbor Department is funded solely from waterfront (Tidelands Trust) Lease revenues, pier & morning rentals, with no contribution from the City’s General Fund.

there has been no significant investment in the City’s harbor infrastructure since.

The current unfunded liability for maintenance of certain City harbor infrastructure elements is:

The current unfunded liability for replacement of certain City harbor infrastructure elements is: 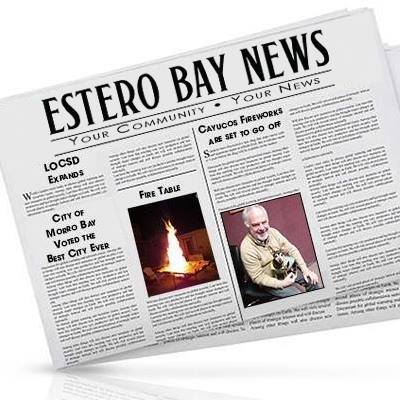 View a recent article with an in-depth look at the initiative and an interview with the citizens leading the efforts. (select image above to read)

Friends of the MBHD President, Bill Luffee, met with KSBY to discuss a number of important factors surrounding the 2022 Parcel Tax Initiative (select image above to read)

NOTICE TO THE PUBLIC: The Morro Bay City Attorney has prepared the following Title and Summary of the chief purpose and points of the measure.

The citizen ballot measure adds the “Morro Bay Harbor Infrastructure Act” to Chapter 3.27 of the Morro Bay Municipal Code. The measure proposes the funding of preventative maintenance and capital improvements for City of Morro Bay harbor infrastructure through an annual special parcel tax of$120, adjusted for inflation, on all Parcels of Taxable Real Property in the City starting in 2023-24 tax year. The measure estimates annual revenues from the special parcel tax of$680,000. The measure strictly provides as a matter of law that the new revenues can only be legally used for maintenance and improvements to City-owned harbor-related infrastructure. Harbor infrastructure projects eligible include, but are not limited to: City-owned properties including public restrooms along the waterfront; docks; piers; sea walls; revetments; the Tidelands Park launch ramp, the Harbor Walk, and City-owned harbor structures Revenues would not be applied to City employee salaries or benefits, or any other project or matter, other than maintenance of and improvements to City-owned harbor related infrastructure. An independent Citizen’s Oversight Committee is to be appointed by the City Council to ensure that the special tax proceeds collected are spent for their authorized purposes, and to report annually to the City Council and to the public regarding the expenditure of such funds at a noticed public hearing. The proceeds of the special parcel tax will be deposited into a fund, which will be kept separate and apart from other funds of the City. No later than January 1 of each year the City will prepare a report detailing the amount of funds collected and expended, and the status of any project authorized to be funded by this measure. “Parcel of Taxable Real Property” is defined as any unit of real property in the City that receives a separate tax bill for ad valorem property taxes from the San Luis Obispo Tax Collector’s Office, as applicable, depending on parcel location. All property that is otherwise exempt from or upon which no ad valorem property taxes are levied in any year shall also be exempt from the special tax in such year. The measure provides the City is obligated to defend the measure against any constitutional or statutory challenges to the measure’s validity or implementation. If the City fails to do so, the measure provides the City shall indemnify proponents for reasonable expenses and other losses incurred by the proponents, as agents, in defending the validity and/or implementation of the challenged measure. The rate of indemnification shall be no more than the amount it would cost the City to perform the defense itself.